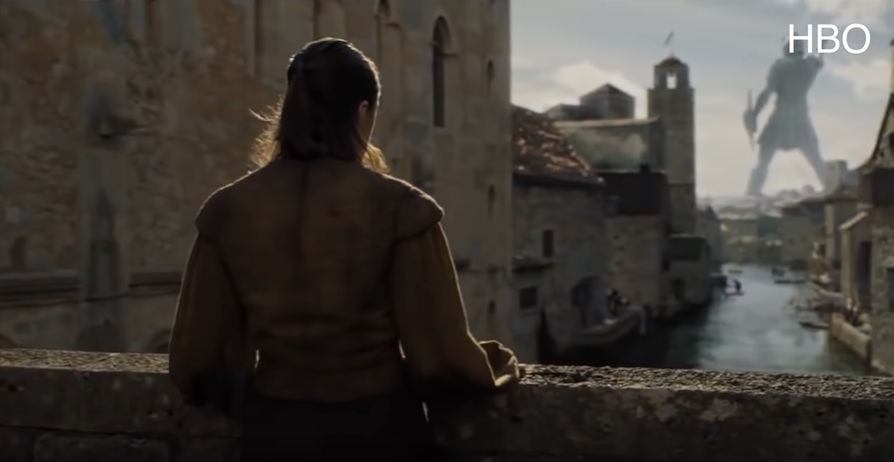 The final few episodes may have been controversial, but that doesn’t detract from how epic the Game of Thrones series were. As a huge fan, I still enjoy visiting Game of Thrones filming locations whenever I can which is why I took a day trip to Girona on my recent visit to Barcelona.

Girona is just a short train journey north of Barcelona. Aside from the Game of Thrones filming locations, the city has a wonderful medieval charm and is well worth a visit.

You’ll find winding cobbled streets that veer in all directions, cute little shops and cafes down unassuming alleyways and well preserved ancient buildings such as the cathedral and Arabic baths.

Many of these buildings featured in Game of Thrones season 6 when the city was used for filming locations portraying Kings Landing, Braavos and Old Town. Here are some of the iconic locations:

With all the hype around Game of Thrones, it’s no surprise that the city was actively promoting its involvement in the franchise and as such, there are a number of Game of Thrones guided tours that you can book around the city.

La Mosca Tours offer a 90 minute English speaking tour covering all of the destinations shown here, you’ll also be shown video clips from the series and given behind the scenes secret. This is a decent price starting from €18.

However, it’s just as easy to go on a self-guided adventure around Girona. I have shared

How to Visit Girona from Barcelona

There is a bus that operates on the Barcelona to Girona line however it only departs a few times per day from Barcelona Nord station and costs around €24 for a return so is far worse value than the train.

The iconic scene where the high sparrow tries to make Queen Marjorie perform a walk of atonement was also filmed in Girona.

The scene was interrupted by Jamie Lanister on a horse as he saves Marjorie from going through with the atonement.

This scene was filmed on the steps to Girona cathedral which portrays the Great Sept of Balor in the series.

During the same scene, we see a shot across Kings Landing. This is from the top of the steps at Girona Cathedral.

But, as you’ll see from the below comparison, there has been a huge amount of CGI to create the view as in reality it is just buildings.

As Arya plans to kills Lady Crane in her pursuit of becoming a nameless assasin, she comes across a play which portrays a satrical version of recent history in the franchise.

As a viewer it’s amusing to watch and relive moments from the previous seasons in a hilarious way, but for Arya it’s a reminder of who she is as she see’s the actors make fun of her family.

This was filmed at Plaza Del Jurats. You can see that the arch ways have been covered up with flags and a stage errected in front of it.

Whilst in Braavos attempting to become one of the faceless men, Arya becomes blind. She is begging on the streets on Braavos when the Waif tries to attack her. This happens on the steps at Bisbe Joseph Cartana. The two proceed to fight on the steps.

Shortly after booking passage home, Arya is seen looking across a bridge with the Titan of Braavos in the distance, a massive 400 foot tall fortress statue that guards the harbour.

This was filmed on the bridge over Riu Galligants and most of the background is actually CGI as you can see the bridge doesn’t have a particularly scenic view.

Shortly after looking across at the Titan of Braavos, a small lady appears on the bridge, this turns out to be the Waif. Arya is stabbed by the Waif and escapes by rolling over the edge of the bridge in to the river.

This river doesn’t actually exist, the passage under the bridge is dry and the water was added with CGI.

At one point during the chase with the waif, Arya jumps off a ledge and fall in to a market.

This takes place on the steps of Pujada Sant Domanic. We see Arya knock in to locals and knock over their stalls whilst rolling down the steps. The location is easily recognised by the green door at the top of the stairs.

As explained by Samwell Tarly to Gilly, the Citadel in Old Town is home to the largest library in the world and is where the maesters are trained. In season 6 we see Samwell arrive here to be the maestor from castle black.

The location is actually the archaeological museum of Catalynia. You have to buy a ticket to see the museum but if you’re just interested in seeing the foyer where the filming took place then you should be able to ask nicely and see this section.

If you like the look of Game of Thrones filming locations in Girona, here are some more detinations you need to visit:

Northern Ireland – A Game of Thrones tour in Ireland will allow you to discover Melisandre’s cave and Winterfell, although it’s not quite as you’d expect due to all the CGI used.

Malta – Some classic scenes were filmed in Malta such as the one when Ned Stark was brutally murdered early in the saga, this took place at Fort Manoel.

Croatia – Dubrovnik in Croatia is one of the most famed Game of Thrones filming locations for its use as King’s Landing.

Iceland – As for the snowy filming locations beyond the wall, the teams had to visit Iceland to film there. Key locations included Myrdalsjokull glacier, Hverfjall volcano, and Vatnajökull glacier.