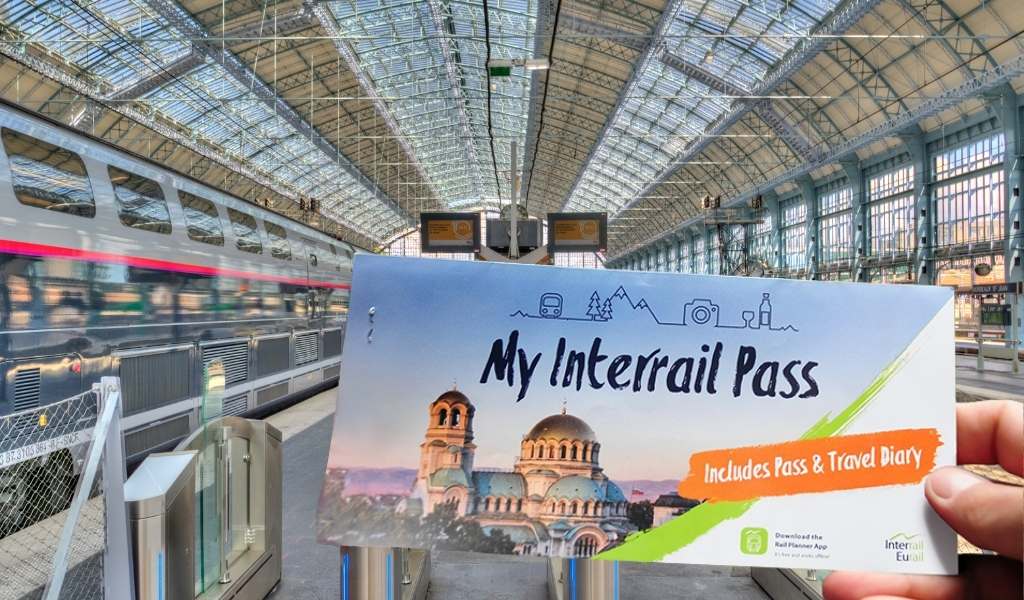 Anyone who has read this blog will know that I’m a huge fan of interrailing. For me, it’s more than just a pass, but an experience.

However, the passes are a big lump some and will leave many people asking whether it financially makes sense. So, is it worth it?

An Interrail pass isn’t always the cheapest way to get around Europe, but it’s very competitive, especially if you’re under 28, travelling in Western Europe, or plan to travel for longer than a month. However, it’s the convenience and flexibility that makes Interrailing worthwhile as you can book or change last minute without worrying about increased fares.

Pro Tip: If you’re having your pass delivered to the UK, it’s cheaper to buy your pass through Interrail by National Rail. They also offer faster delivery and theft protection for 40% OFF- See Passes.

Remember, if you are not European, you’ll need a Eurail pass instead of an Interrail pass!

Keep reading for a full breakdown of the pros and cons of interrailing as well as the alternative options that I’ve personally tried out.

Do you have to buy an Interrail Pass?

No, contrary to what some people think, you don’t have to buy an interrail pass to use the trains in Europe. You can still travel on the trains using individual tickets (known as end-to-end) like you would in any other country.

This means you’ll purchase a separate ticket for each journey you make rather than buying a pass to cover the entire trip.

Purchasing end-to-end tickets is relatively easy in Europe, there are ticket machines at most stations and in most of Western and Central Europe you can buy tickets online. My favourite site for this is thetrainline.com which also allows you to buy via their app.

Is an Interrail Pass cheaper than end-to-end tickets?

An Interrail Pass isn’t always the cheapest option, but it completely depends upon your route.

Roughly speaking, if you’ll be making lots of shorter journeys then an Interrail pass probably won’t be cheaper, but if you’re making longer ones then it likely will be, especially if those journeys are in Western Europe.

The best way to work out if an Interrail pass is worth the money for your trip, is to write a rough route and check the costs of train tickets on thetrainline.com or flights on skyscanner.

I’ve looked back at my most recent Interrail trips using a global pass and checked whether it was worthwhile financially.

I know that I like to plan about 1-2 days ahead, so when checking prices, I looked at 2 days ahead and picked the cheapest available pass that day.

As you can see, in the first example, an Interrail pass actually cost me more than it would have cost to buy end to end tickets, whereas in the second example, it was cheaper and I still had a travel day left over on the pass plus the benefits that come with it.

This does not account for any discounts or savings that I received from using my Interrail pass or any reservations I would have needed to buy.

Note: I used the official Interrail prices here, but if you are having your pass delivered within the UK, you can save more by purchasing through Interrail by National Rail.

What about the other benefits of Interrail?

The advantages of go further than monetary, here are some key points to think about.

Use (almost) any train without the need to plan ahead

For most modes of transport, you need to book in advance in order to get the best prices. For flights this might be many weeks or months ahead, whereas end-to-end tickets will usually be up to a week depending on the line.

This can remove the spontaneous aspect of travelling and making last minute decisions.

Flexibility allows you to change plans at last minute

When you’re travelling, plans can change at the drop of a hat. You might really enjoy a destination and want to stay longer, or maybe you meet some new friends that you wish to travel with.

If you’ve booked flights or advance train fares, you will usually lose your money for not going and have to pay a premium for last minute changes or new tickets. With Interrail, it’s as simple as choosing a new route and jumping on the next train.

With your Interrail pass, you generally don’t need a ticket so you can turn up and jump on the train with ease. Where you do need a reservation (usually high-speed trains or night trains), these can now be bought on the Interrail app.

Discounts on many tours, hostels, bike hire and more

The interrail benefits vary from country to country and city to city but usually include a range of tours, hostels, transport, buses, ferries and more.

It’s unlikely that you’ll use all of the benefits, but a few that I’ve been known to use include discounts on 20% discount on Generator Hostels, free travel on IC buses and Sandermans tours discounts. I don’t know how much I’ve saved on these during my trips, but it could be around

What are the alternatives to Interrail worth considering?

Perhaps the biggest benefit of buying tickets as you go along is that you are not committed to any particular mode of transport.

If you decide that you want to fly or take the bus to your next destination rather than take the train, you are completely free to do this without having to worry about travel days.

Here are some of the alternatives you might want to think about and the key considerations for each:

The most popular alternative to Interrail is purchasing individual train tickets for each journey. With these tickets you can still travel to the same places and on the same transport, the difference is that you are gambling that the tickets will cost less overall than the pass would.

This is worthwhile if:

If you’re travelling longer distance, then flying is usually a far quicker way to travel than taking the night trains. Thanks to budget airlines, it’s now super affordable with some International flights as cheap as £20.

However, to get the cheaper prices you will likely need to book weeks or months in advance. You also need to keep in mind the size of your backpack. If it’s not carry-on sized, then you may have to pay extra, and it will take longer each end of the fight to check in and retrieve your bag.

Flying is good for:

I have opted for buses instead of Interrailing on a number of occasions. Flixbus is the easiest and cheapest company to use with bus routes through most of western and central Europe. Flixbus will almost always be cheaper than Interrail too.

The downside is that the routes are very specific and it’s hard to jump from bus to bus like you could with trains so smaller destinations may be hard to reach. It also takes a lot longer than trains due to traffic.

This is worthwhile if:

For more info, see my full guide on Interrail vs Flixbus.

Of course, there is no reason why you can’t combine Interrailing and flying or taking the bus provided you purchase an Interrail pass with less travel days.

So, is an Interrail pass worth it?

For me, the answer is overwhelming yes. Whilst it might not always be cheaper, it also won’t be too much more expensive than other modes of transport and the benefits that it brings in terms of flexibility really suit my way of travelling.

I will usually combine Interrailing with buses or planes according to my route and I’d recommend you do the same. Happy travels.

A Guide to Interrailing in Italy

A Guide To Britrail – The Interrail Alternative For Travel In Britain