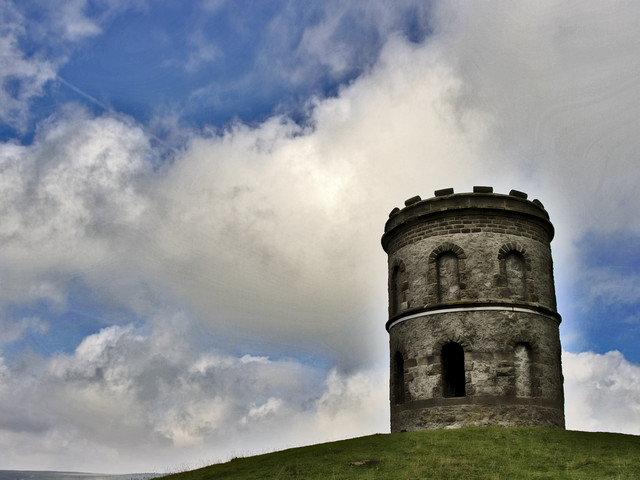 Located in the north of England, just south of Manchester, the Peak District was the very first national park in the UK. The area covers almost 1500km² spanning a number of counties including Greater Manchester, Derbyshire and Cheshire.

Having spent considerable time living and working on the edge of the national park, I’ve got to know the area well, so I’ve pulled together this list of the best things to do in the Peak District:

Located in an old stone barn in the peak district, the small team at the family owned Forest Distillery distills high quality Gin and Whiskey which is then sold is upmarket establishments such as Harvey Nichols.

The distillery has a small bar which is open most days and offers guided tours at weekends. You’ll need to book ahead for the guided tours as there is limited availability.

Popular choices include their award winning Forest Gin or their unique Earl Grey infused Gin which is exported around the world.

Tours start at £20 per person

This two million year old limestone cave in Buxton has been illuminated with artificial lighting to allow visitors to see the Stalagmites and Stalactites in detail, including one which is almost

The stalagmites here are unique as they grow faster than any where else in the UK, this is due to lime waste that was tipped at Grin Low enriching the water lime.

The visitor centre also has a café and a rock shop where you can purchase a variety of gems and jewellery.

Enjoy the view from Solomons Temple

This 6m height Victorian hill marker which sits on top of an ancient burial site provides a stunning viewpoint across the surrounding countryside. It is likely that it’s name comes from Solomon Mycock, a local landowner who is said to have commissioned the tower.

There are three walking trails that all start at Pooles Cavern and lead to Solomons temple. Once you’ve reached it, you can climb the spiral staircase to adore the view from the top.

When the weather is shining, there’s no better place for a swim in the Peak District than the outdoor public swimming pool at Hathersage. This 30m pool is heated to take the chill off and has modern changing facxilities and a café.

Pools like this were popular in the UK in the early 1900’s but relatively few remain open today.

Buxton Opera House is one Buxton’s most visited attractions. It was designed by Frank Matcham who was a leading theatre architects in the early 20th century who also designed the London Palladium.

The theatre has been putting on shows for over 100 years and received a restoration in 1979 taking it to almost a 1,000 seat venue. Each year the Opera House hosts around 400-500 performances each year ranging from live comedy to pantomime, and of course, opera. Peter Kay, Ken Dodd and Razorlight are among the artists to have graced the stage.

See behind the scenes at Thornbridge Brewery

Thornbridge Brewery joined the craft beer scene at just the right moment and is now one of the leading craft breweries in the UK. The brewery is located in the Peak District, just a short walk from Bakewell.

You can try their extensive range of beers at the tap room and but Wednesday-Saturday they also offer twice daily brewery tours where you can see the berr making process for yourself. On this 1.5 hour tour, you’ll enjoy a welcome beer, see behind the scenes in their main brewery and taste 3 of their award winning beers.

The Monsal Trail is a 14km cyclist and pedestrian route from Blackwell Mill to Bakewell in the Peak District. The route runs along the former Midland Railway line including through some of the old railway tunnels that have been restored for public use.

On this route you’ll pass by a number of retired mills, kilns and the Monsal viaduct. There are a few options for cycle hire on the route and numerous pubs and cafes along the way so you can have a leisurely day.

Opening times: obviously you can use the route whenever you like but the tunnels are only lit during day light hours so take a torch if you’ll be out before dawn or after dusk.

Be A-mazed at Chatsworth House

Chatsworth house is home to the Duke and Duchess of Devonshire but is perhaps more well known for appearing in the 2005 file, Pride and Prejudice, with Keira Knightley and Matthew Macfadyen. On a visit to the state home in the Peak District, you can explore the house itself or get lost in 105 acres of garden which includes sculptures and a maze.

As well as the house and gardens themselves, there is over 1000 acres of park area to wander with many walking trails to choose from. When you return to the house, there’s a cafe, tea rooms and plenty of on-the-go food options aswell.

Stanage Edge is a huge 3 mile long rocky edge in the Peak District. This is another spot in the Peak District famous for its role in Pride and Prejudice where Lizzie, played by Keira Knightly, stands on the edge contemplating how to get the life she dreams of.

You can reach the main viewpoint in as little as 10 minutes from Hooks Carr Car park, however many hikers choose to take the 15km round trip walking route from Hathersage which takes about 5 hours.

The edge provides incredible panoramic views of the Derwent valley. You’ll spot abandoned millstones scattered across the landscape, these used to be quarried in the Peak District and transported to mills across the UK to produce flour. The market for Peak District mill stones collapsed when it was found that French millstones were better quality, these abandoned stones are the only visible memory to this  once flourishing industry.

Devour a Bakewell Tart in Bakwell

The small market town of Bakewell in the Peak District has gained a name for itself thanks to the nations love of Bakewell Puddings. So where better to get stuck in to one of these delights than the town itself.

I recommend you visit the Old Original Bakewell Pudding shop which dates back to the 1800’s. In their café you can tuck in to some of their award winning puddings and you can even go all out and have a Bakewell afternoon tea.

You can also use their ‘post a pudding’ facility yo send puddings across the globe and they offer pudding making experiences although these are for larger groups (15+) and must be pre-booked so may not be suitable for everyone.

Peak Rail has requestonted 4 miles of the old Midland Railway Line from Manchester to London and now operates nostalgic steam and diesel locomotive services which make for an exciting day out. You can even board the luxury restaurant car and enjoy an afternoon tea or a Sunday lunch as the scenic countryside passes you by.

Ride through the beautiful Derbyshire countryside from Matlock to Rowsley or vice versa. Rowsley station is the main base of Peak Rail where the locomotives are kept and is home to a gift shop and picnic area as well as a lovely riverside walk to the village itself.

Hop off at the half way point, Darley Dale Station, where you can visit the Peak Rail museum containing photos and memorabilia of the old Midland Railway Line when it was still in use.

Walk the ridge from Mam Tor to Losehill

The ridge walk from Mam Tor to Losehill is definitely one of the most popular things to do in the peak district and was rated as the 10th best walk in the UK by the National Trust. There is a stone path that leads along the ridge line with sweeping landscape views of the dark peak in the north and the white peak in the south.

There are several options for the ridge walk. You can park in the nearby car park and walk to the other end before returning along the same route, or you can take the longer round trip that passes through the cute village of Castleton. If you’re visiting via public transport, the ridge walk is easily accessible from Edale train station.

Kinder Scout is the highest point in the Peak District National Park, boasting picturesque views and a waterfall. It’s known for the Kinder Scout Mass Trespass in 1932 which saw hundreds of people trespass through the peak district to fight for access to the countryside which was restricted back then. This eventually lead to the Peak District becoming the UK’s very first national park in 1951.

There are a few routes to the summit, but the Kinder Scout round trip from Edale via Jacobs Ladder is the most popular option and the easiest. Jacobs ladder is a series of stone steps at at the start of the Pennine Way. The round trip takes about 4-5 hours and is a total of 14km.

There are a number of show caves in the region but the Blue John Cavern is the best one to visit. This is a working cave which mines about 2 wheelbarrows full of Blue John stones each year. If you’re wandering what a Blue John stone is (I was), it’s a rare variety of the mineral Calcium Fluorite which is notable for the purple/blue colour that runs through it.

Work your way through the narrow tunnels with lots of steps ac your guide gives an educational tour that will teach you about the formations of the cave with a deep dive in to the UK’s geological history.

Hop across the Dovedale Stepping Stones

If you’re after a short walking route in the peak district then the Dovedale Stepping Stones route is for you. Starting at Ilam park, this 1.5mile route goes through the limestone valley and culminates with a walk along the river Dove where you might see dipper, heron and duck.

Take a step back in time to the beginning of the 19th century at Crich Tramway Village. The village is home to the national tramway museum which contains over 60 trams from across the country. Through the middle of the village is a working track where you can jump aboard one the restored trams that operate the line. There are a number of horse drawn trams which you can also ride for an extra fee.

You can also experience the woodland walk and sculpture trail with loads of intricately crafted scultures by the local sculptor who can be seen at work in the outdoor studio.

With zip lines, tarzan swings, rope bridges and more, you’ll get the adrenaline pumping in the tree tops at Go Ape in Buxton. This is a great activity as a family or with a group of friends.

Enjoy the sunset at Ladybower Reservoir

The Ladybower reservoirs is the lowest of 3 linked reservoirs in the Upper Dewent Valley which also includes the Howden Reservoir and the Derwent Reservoir.

There is an easy 1-2 hour walk around half of the reservoir as well as many mountain bike circuits in the area including the strenuous 45km Ladybower Loop, which isn’t for the faint hearted.

The reservoir is one of the best spots in the Peak District to catch the sunset. Head up to Bamford Edge that overlooks the reservoir for the best view.

46 Cheap and Free Things to do in Manchester