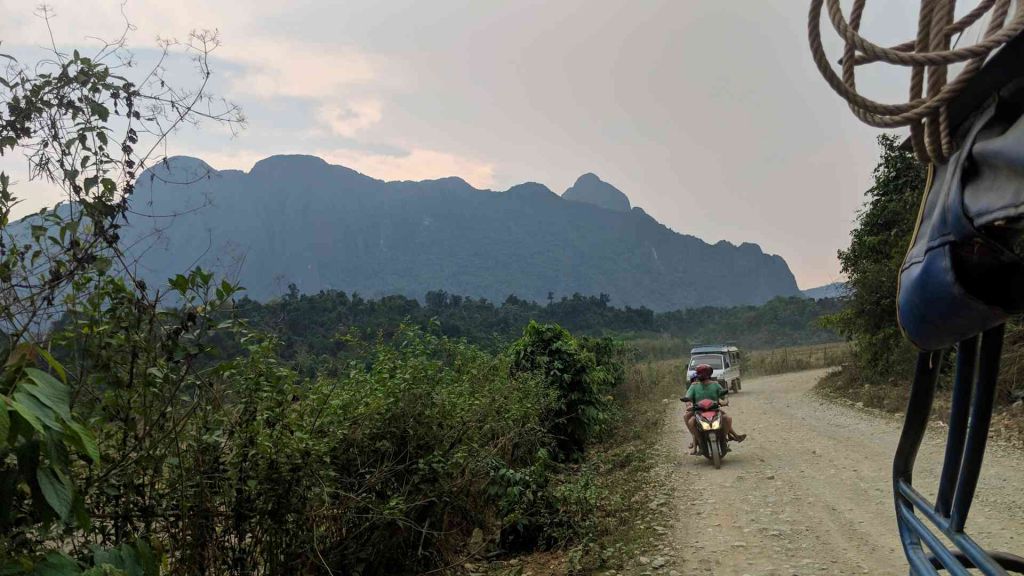 I recently visited spent 4 months in Southeast Asia on my first long term solo trip and recommend you do the same! Here are 7 reasons why it was the perfect destination to travel solo.

South East Asia is a well trodden backpacking region. The ‘banana pancake’ trail has been visited by backpackers since the 60’s, long before blogs and guidebooks were commonplace.

As such, it has become super easy to get around. There is a huge variety of hostels and guesthouses with easily accessible online reviews to help pick ones that suit you.

In the popular destinations, tours and transportation are super easy and can usually be booked from your hostel reception or at the abundance of tour agents that line the streets. If you’re a little more savvy, you can opt to use local transportation which is made simple by the widespread use of English.

2. It’s affordable as a solo traveller

The countries in South East Asia are some of the cheapest in the world to visit. As a solo traveller you can get dorm rooms as low as £2.50 per night or when you want to splash out on a private room, you won’t be hit with a significant price.

This also means that group tours are cheap, these can be a great way to meet others interested in doing the same activities as you.

There is still some variation in the region, countries such as Laos can be lived on for less than £20 per day whereas more expensive countries such as Singapore could cost almost double that, yet still considerably cheaper than in the West.

3. Lost of other solo travellers

If you’re thinking of taking a solo trip to Southeast Asia, i can guarantee you won’t be the only one. I was a little worried that I’d be spending a lot of time alone, but there were so many other solo travellers that it was usually really easy to meet people if you want to.

And it wasn’t just young backpackers, during my 4 month trip I met travellers from their teens to their 50’s, from Americans to Asians and people travelling for 2 weeks up to those globetrotting for years. When you’re in a hostel environment, everyone seems to blend in and get along.

Many hostels with lower levels of understanding will ask English-speaking travellers to stay with them for longer periods of time to help out on reception in return for free accommodation and meals. If you follow common backpacking trails, you should will have relatively few problems communicating.

Once you get a little off the beaten track, it can become a little more difficult but more often than not there is somebody around who can help get basic messages across. If not, there are good old fashioned hand gestures (or google translate for the tech savvy travellers).

With so many other solo travellers around, it’s really easy to meet others but if you’re a little shy then there are plenty of non-awkward ways to make new friends.

Many hostels provide group activities or have dedicated staff who’s job it is to make sure everyone is mingling and having a good time. Alternatively, you can make new friends via organised tours or on the Facebook groups dedicated to solo travel in many of the Southeast Asian countries.

See my tips for making friends whilst travelling alone

6. It’s a diverse continent with something for everyone

People will often say they are going travelling to ‘South East Asia’ but the countries that make up this region are incredibly diverse. In fact, the diversity within some of the countries can be astounding.

For example, the chaotic hustle and bustle of Hanoi couldn’t be further apart from the clean westernised streets of Singapore. In between those two extremes, you’ll find beautiful rolling countrysides, friendly towns and villages, white golden beaches and many other amazing experiences.

But, the best thing is, YOU can pick the places that YOU like the best and don’t have to worry about anyone else.

7. It’s safe to visit as a solo traveller

For the most part, Southeast Asia is incredibly safe. In fact, most of the time I felt safer and more at ease in Southeast Asia than in some places in my own country.

Most of my female solo travelling friends I met along the way had echoed this too. As long as you take sensible precautions, there isn’t anything to worry about.

Here are a few key precautions to take as a solo traveller in Southeast Asia:

As with all solo travel, you should do your ut most to ensure somebody knows where you are if you’re heading out alone. This could be a new friend you’ve met, hostel/hotel staff, friends or family at home or something as simple as frequently updating your social media.

When changing destinations, try to ensure you arrive in daylight, this helps avoid navigating new places in the dark. Just the fact that it’s dark can ake you feel uneasy. I have arrived in a destination at night before and felt unsafe trying to find my hostel, but when I explored the area the following mornign I realised there was absoloutely nothing to worry about.

If there is a place you do feel unsafe, try to travel with other people, maybe from your hostel or by joining tour groups.

Where possible, I recommend using one of the app-based taxi’s similar to uber, grab being the most popular one in SOutheast Asia. If you do take other taxi’s or tuk tuks, try to hail them from busy areas or ask your accomodation to arrange one. Keep an eye on a GPS map to ensure you’re heading in the right direction.

You will reduce your risk my minimising the value of your belongings. Obviously this is difficult when moving between destinations, but when you’re out exploring or partying at night, take only the essentials and never carry alot of cash or your passport.

Things To Do in Singapore on a Budget