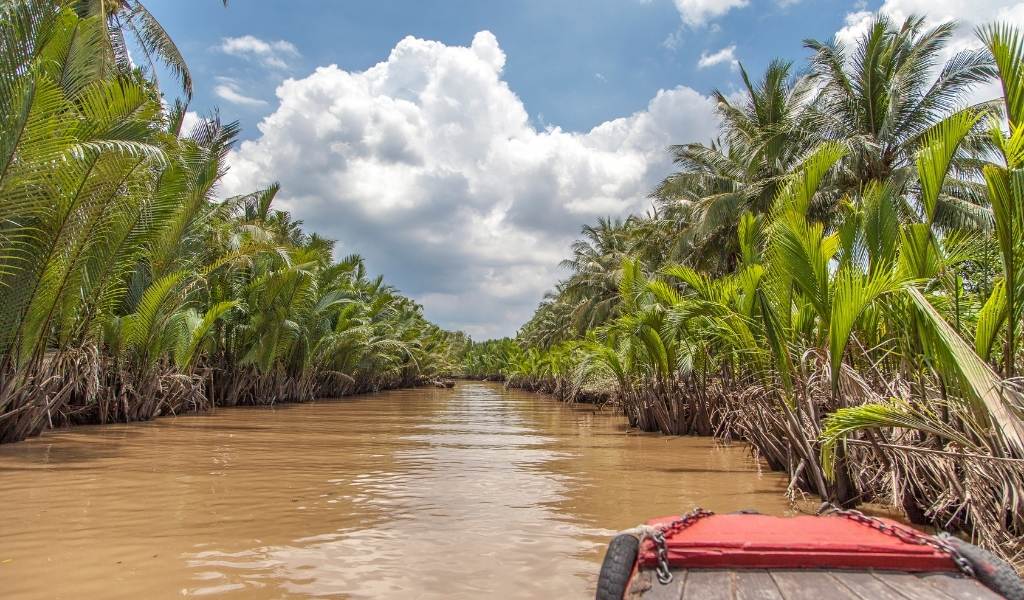 Cruising is a great way to explore new places that you otherwise would’ve missed. And if you’re keen on natural wonders and beauties that are hard to match, a cruise along the Mekong River is a thing you absolutely must consider.

With private charters offering unique opportunities to dive deep into the culture and tradition that thrives on the banks of the mighty river, one should make sure to not miss this once-in-a-lifetime experience.

There are plenty of things to see along the Mekong, and if you aren’t sure which ones are absolutely worth visiting, here are a few things you just shouldn’t miss.

Located about five miles north of Siem Reap, a city that’s close to the coast of Tonle Sap Lake (which we’ll get to in a moment), Angkor Wat is a massive Buddhist complex that you just have to visit. Built initially in the 12th century as a Hindu temple, the complex spreads across 400 acres. It is considered to be the largest religious monument in the world, and its name translates into Temple City.

The temple was initially built by Emperor Suryavarman II, and was dedicated to the Hindu god Vishnu. By the end of the 12th century, the temple became a Buddhist temple. And while nowadays it’s not an active temple, it’s an incredible tourist attraction in Cambodia.

Visit the Floating Villages on the Tonle Sap Lake

The Tonle Sap Lake is connected to the Mekong River via the 120km long Tonle Sap River and is one of nature’s finest phenomena. Unlike any other lake in the world, Tonle Sap significantly varies in size during the rainy season. From June until October, the water in the Mekong River actually reverses the flow of the Tonle Sap River, filling the lake up to five times its own size. And this is the perfect time of the year to visit the floating villages such as Chong Khneas or Prek Toal.

Chong Khneas is the most common destination for tourists, mostly due to the fact that it gives you everything a floating village can offer. There are houses, shops and even schools that work pretty normally, and you’ve got plenty of souvenir shops that let you buy something to take back home.

On the other hand, you have Prek Toal, which is a rather small village and is not really tourist-oriented. If you’re a fan of bird watching and want to visit the Biosphere Reserve, Prek Toal is where you’ll start your journey.

Last but not least, you have Kampong Khleang, which is not entirely a floating village. Some of the houses that are a part of the inner village are built on stilts, so technically, they aren’t floating. But visit the outskirts, and you’ll get everything from floating houses to floating markets to enjoy.

Check Out the Bustling City of Ho Chi Minh

It’s true that many people will say Ho Chi Minh is an overwhelming city, but if you’re an explorer, this is something you’ll absolutely love. Well, that’s if you can get by with the traffic in Ho Chi Minh. But if you want to explore, you will find an incredible combination of history, culture, art and cuisine, unlike anything else in the world.

The city was formerly known as Saigon, and about half of the population still uses that name. So, why does the city have two names? Well, when the North of Vietnam won the Vietnam War in 1975, the city was renamed after Ho Chi Minh, in honor of the leader of the victorious communist party, and prime minister. And no, there’s no political agenda to how you refer to the city – both ways are fine.

There are plenty of things to do in Ho Chi Minh, but there are two we’d suggest you not miss. The first one is the Cu Chi tunnels, a network of tunnels outside the city that were used as supply routes during the war. They’re in a rather good shape, and you can actually walk around most of them.

The second one is the Ben Thanh Market, located in the center of the city, which is one of Saigon’s earliest surviving structures. The market opens early, at around 6 AM, and operates year-round.

Where to Stay? Check out my guide to the best hostels for in Ho Chi Minh.

Located right at the junction of the Tonle Sap River, and the Mekong River, Phnom Penh is Cambodia’s capital, and a city that used to serve as a hub for both the French colonialists and the Khmer Empire, when they ruled over the lands. Today, the city is a cultural, industrial and economic center, and it is an incredibly beautiful city with plenty of sights to enjoy.

Ho Chi Minh and Phnom Penh are both the ports from where cruise ships start their journey. Both cities are an absolute must-visit so we advise you to start the Mekong cruise in one and finish it in the other of these great cities. What you’ll see and witness along you’ll treasure forever.

Things To Do In Dalat, Vietnam [With 3 Day Itinerary]

7 Reasons to Visit Southeast Asia on Your First Solo Trip