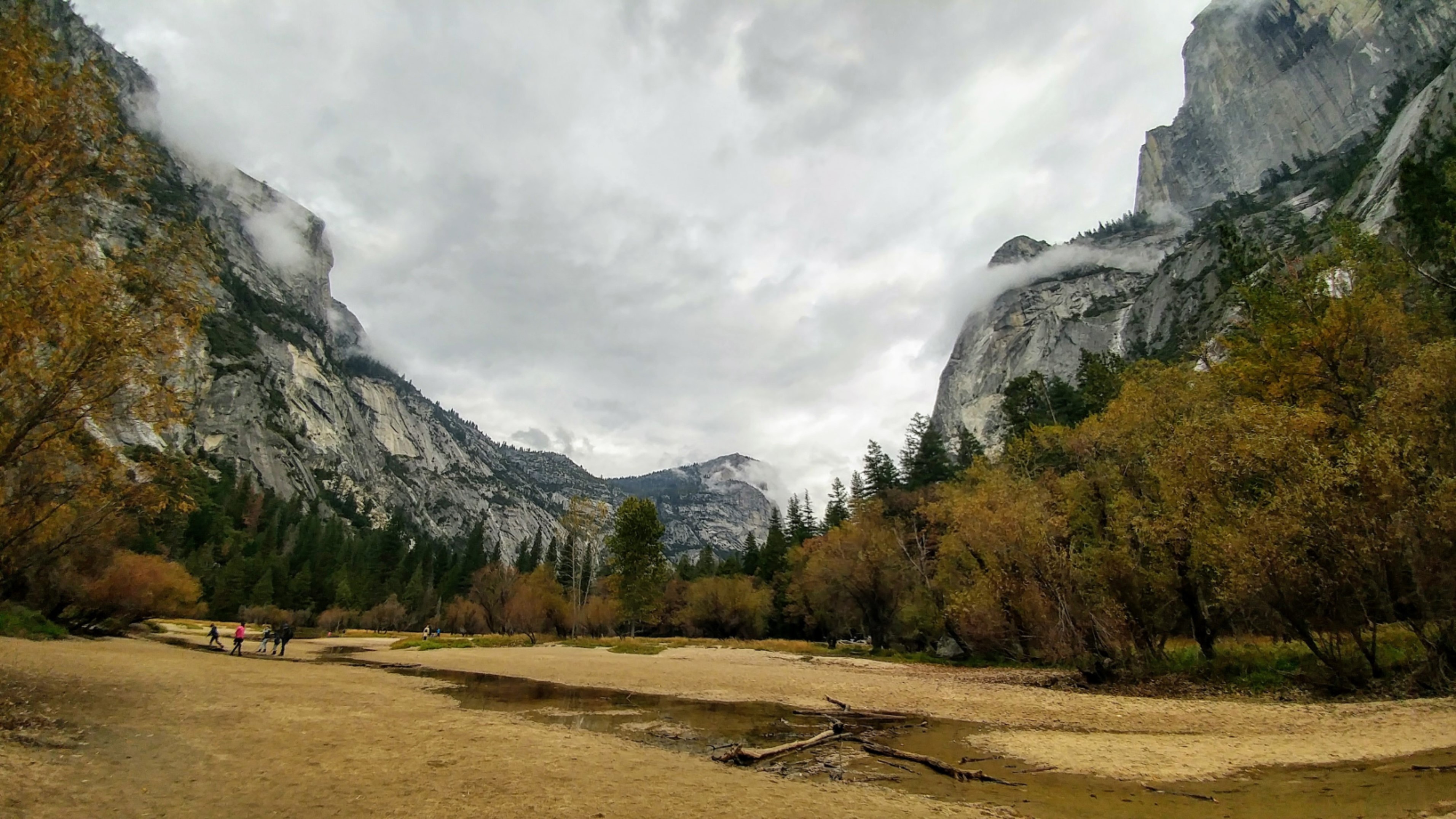 Yosemite National Park was the third stop on our West Coast America road trip, but a jam packed schedule meant we only had one day to make the most of it.

In this guide, I’ll share what we got up to and some top tips for a day trip to one of California’s most popular national parks.

It known for it’s picturesque views, rugged cliffs and stunning waterfalls, including the largest waterfall in North America; Yosemite Falls.

It attracts over 3.5million visitors every year and is now a UNESCO world heritage site. Here are some interesting facts to warm you up:

Is One Day Enough?

We only had time to spend one full day at Yosemite and it was a blast.

Having said that, I did feel that we missed out on a lot of great hikes and would advise 2-3 days to do it the full justice it deserves.

We managed to maximise out time there by staying about 45 minutes away, but you could have even more time if you stay in the park itself.

But, if you’re in a similar situation to us, this one-day itinerary will help make the most of your time.

We were visiting Yosemite after Vegas and before San Francisco, so we were keen to stay nearby for two nights to give us a full day at the park.

For our day in Yosemite we stayed in nearby Mariposa at The Miners Inn. It proved a great base for a day trip into the national park itself taking about 45 minutes by car.

Allowing for lunch and dinner stops it took about 10 hours in total to drive from Vegas to Mariposa where we were staying.

If I had to give you one packing tip for your visit to Yosemite, it’s to pack for all weather occasions!

When we arrived at Yosemite early in the morning, the rain was coming down by the bucketload, yet by the end of the day the sun was blazing so bring weather for all seasons.

Here are some top tings to remember to take in your day bag for one day in Yosemite:

There is a shop in Yosemite Village to stock up on supplies if need be, although as you’d expect, it’s a little more pricey than being prepared.

KEY INFO: Both the Lower Yosemite Falls loop and Mirror Lake Loop are open all year round however if visiting in the Winter parts of the Vernal and Nevada Falls Trail may be closed due to icy conditions.

One Day in Yosemite Itinerary

Here is my suggested itinerary of short hikes that can all be done during one day in Yosemite:

Below is more details about the itinerary.

The short loop to Lower Yosemite Falls is a relatively quick and easy route.

Look for shuttle stop 6 for the entrance to the loop and providing it isn’t a busy day you should be able to park relatively close rather than using the car parks which are a long walk.

Depending upon how quickly you can take selfies, the route should not take longer than half an hour.

Unbeknown to us when we set off, Mirror lake is actually a seasonal lake that forms when the snow on surrounding cliffs melts . As you’ll spot from my photos, it was empty during our Autumn trip.

If you’re visiting during spring and summer, you’ll be rewarded with a beautiful reflection of the surrounding cliff. Visit in Autumn or Winter for beautiful snowy surroundings and the opportunity to stand in the middle of a lake!

The paved trail to the “lake” would take roughly an hour in total, however I’d recommend taking the full loop which took roughly 3 hours.

For food options, there are a few different places scattered throughout the park, but I recommend you head to Yosemite Village.

Here, there are four options:

We actually opted to grab something from the village store, but that’s because we were on a tight budget.

After an easy morning of straight forward walks, spend your afternoon in Yosemite National Park trekking up to the top of Nevada falls. We witnessed a man taking a push-chair up this path, when you experience the path you’ll understand why this was such a big deal!

The mist trail starts at shuttle point 16. You can also take the John Muir trail up to Nevada falls, it takes a little longer but will be less crowded during busy months.

Tips for One Day in Yosemite

Essential Stops on the Pacific Coast Highway [With 2 Day Itinerary]

7 Tips for Creating Your Own NYC Itinerary