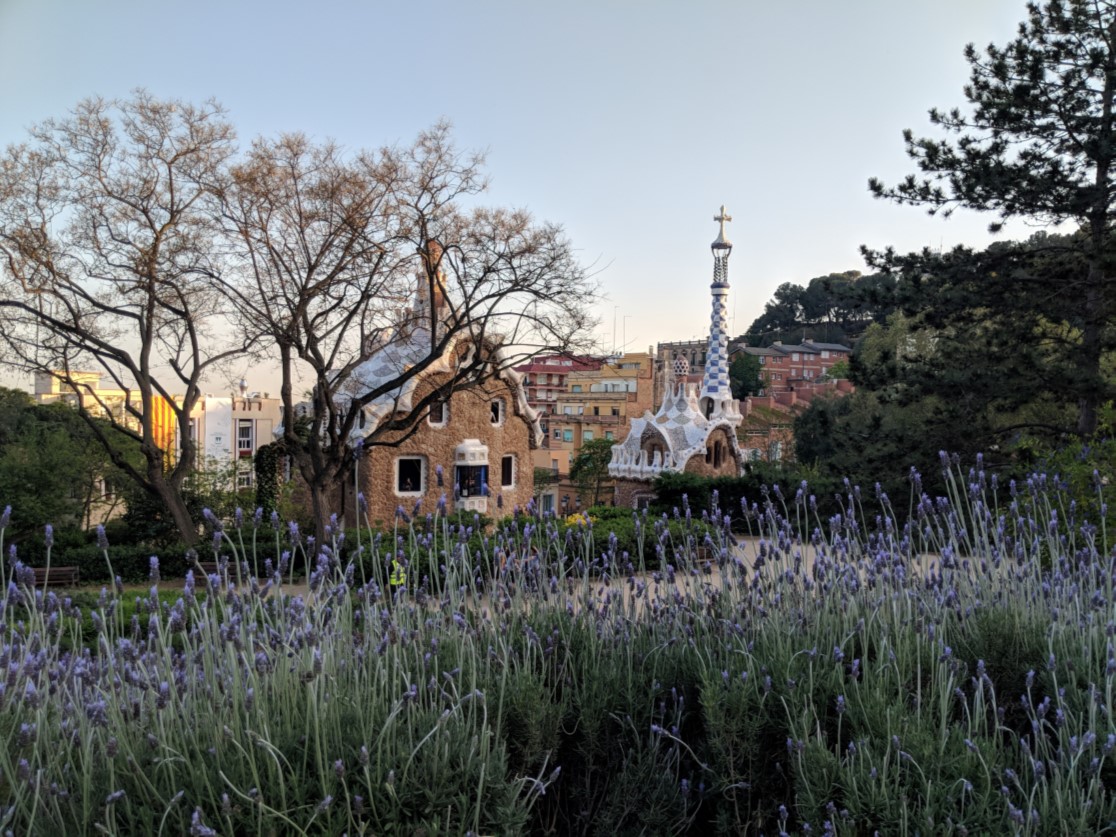 Designed by Antoni Gaudi, one of Spain’s most famous figures in the early 20th century, Park Güell is a must-visit attraction on any Barcelona city itinerary.

Gaudi’s signature nature-inspired art merges with the natural environment in the city’s most impressive park.

The park sits a little outside the city centre so makes a nice escape after wandering the city’s attractions which are undoubtedly overcrowded.

Most of the park is free to enter but you now need to pay to enter the monument area where most of the Gaudi works of art can be found, this area is limited to 400 people entering per hour during restricted times.

Who Was Antoni Gaudi?

Antoni Gaudi was a famous architect who took a unique approach to modernism. From studying architecture in Barcelona he went on to become an international name, eventually collaborating with some of his old professors.

Of all the Gaudi buildings in Barcelona, his most famous piece, the Sagrada Familia, is still being constructed – this is due to be completed in 2026 but is definitely worthwhile visiting even today.

Like Gaudi’s other work, Park Güell takes a lot of inspiration from nature, this is why there are no straight lines as Gaudi favoured the organic curves representative of natural objects.

Tickets are required to enter the monumental area which is ticketed between the following hours throughout the year:

Note: Work started on renovations at Park Guell in 2017, it is expected that these could continue until 2022. During my visit, one of the entrances was closed and some areas of the park are fenced off.. Check here for updates.

What Can You See in Park Guell for Free?

The vast majority of areas in Park Güell are free to visit, there are wonderful views of the city, plenty of walkways and seating areas.

One particular area, known as The Cavalry, has a number of crosses on top of rocks with a staircase up it. This is where you can get one of the best views in the Park for free.

There is also the Passeig de las Palmeras which is a walkway with sculptures made to look like trees (see images below). This is typical of Gaudi to use natural inspiration for his creations.

Even if you don’t want to pay for entrance to the museum or monumental zone, it’s still worth visiting for the free areas.

The following photos are from areas free to visit all day:

Is It Worth Visiting the Monumental Zone of Park Güell?

Each ticket has a half-hour window to see the park but actually you can stay in the area for as long as you wish.

For me it was absolutely worth the entrance fee as I enjoyed seeing the sculptures and taking photos of Gaudi’s unique style. However, I would highly recommend you book a time slot in advance otherwise you’ll be waiting around for hours.

If you’re not so interested in Gaudi’s work or architecture then you may wish to give it a miss and enjoy the free parts of the park.

Here are some photos of what you can expect inside the Monumental Zone (paid area):

How to Visit Park Güell Monumental Zone for FREE

Visiting in the morning is recommended over the evening as you’ll see the sun rise across the city and there are less tourists and street sellers.

Park Güell wasn’t planned as a public park, it was originally to be a housing estate for the rich, the two buildings were aimed at attracting investors but this was unsuccessful.

Gaudi lived in the park until he died in 1926, that same year it was officially opened as a public park.

Like many of his other works, Gaudi didn’t put his own name to the park, instead using the name of his friend and patron Eusebi Güell.

This is because he was very modest which ironically was a factor in his death after he was knocked over by a tram in Barcelona but left to die as he was mistaken as a beggar due to his shabby clothes.

How to Get to Park Güell

There are two main modes of transport you can use to reach Park Güell, Metro or Bus. If taking the metro, there are two routes, both of which include walking, whereas the bus drops you out right outside the main gates.

Here are the two main routes you can take using the metro only:

If you don’t fancy the walk, bus no. 24 connects Park Güell to Lesseps metro station. However as the bus goes down many small streets, it is very small and often very full.

Park Güell is about a 25 minute walk to/from the fantastic viewpoint of Bunkers Del Carmel.

I recommend combining these together for an incredible afternoon away from the city. In my 5 day Barcelona itinerary, I recommend visiting Park Güell in the late afternoon, then strolling over to the bunkers for golden hour where you can enjoy the sun setting behind the city.

The Complete List of Game of Thrones Filming Locations in Girona, Spain